The easiest way to participate in the call for evidence as an individual is by completing the public survey.

If you have any technical problems with using the online survey or if you cannot send your submission via the online portal, please log the issue by emailing abicallforevidence@dhsc.gov.uk. Do not send any personal information to this email address.

We also welcome written submissions from individuals and organisations who have an interest and expertise in acquired brain injury. Written submission can include the contribution of data, research and other reports of relevance, and must be limited to 10 pages.

Written submissions can be submitted in Word or PDF format and emailed to abicallforevidence@dhsc.gov.uk’

CO inside cars: what are we breathing? A UK-based observational study of in-cabin vehicle CO levels | CO Research

Sophie was exposed to CO along with her children inside her car. She approached CO-Gas Safety as a survivor.  We introduced her to Kane International because Kane is involved in car exhaust systems and she wanted to undertake some research. We also told her about the other bodies interested in research work.

CO-Gas Safety responds to a recent interview with Baroness Finlay.

CO-Gas Safety responds to a recent interview with Baroness Finlay.

Finlay mentioned a recent report published by the Clean Air Fund that found that reducing pollution to World Health Organisation (WHO) recommended levels could benefit the UK economy by £1.6bn annually by reducing premature deaths, reducing sickness absence, and improving productivity at work.

We were delighted by Finlay’s concern about air pollution damaging health. We agree, ‘There are no ‘safe levels’ of air pollution, whether that is indoors or outdoors. Air pollutants are present in every home’.
We also applaud Baroness Finlay’s concern for the indoor environment where toxins are much more concentrated yet can be prevented. Brits spend over 90% of their time indoors.

At the Air Quality News conference, when questioned, Finlay expressed concern about the cost of testing the air for CO.

Ofgem, which licenses the gas industry has made millions available for the benefit of vulnerable customers. This means those on or eligible for the Priority Service Register, (e.g. the disabled, poor, sick, elderly, etc.). But Jonathan Brierley, CEO of Ofgem admitted to CO-Gas Safety that everyone is vulnerable to CO.

Northern Gas Networks undertook research that established testing appliances for CO only adds 5-7 minutes on to every visit by the gas emergency service.

Therefore, the funds exist and the research has been done. Also, if HSE told Ofgem that testing for CO is a safety issue (and how can it not be?), Ofgem would find any further funding required. It is surely vital to find the source of the CO.

Why are free tests of the air in homes for deadly CO not being provided at every opportunity?

Finlay’s own recommendations in 2011 advocated testing. APPCOG has, in the past, supported our call for compulsory testing as part of the landlord’s gas safety check.

Sadly, the gas emergency service which attends free and tests for a leak of unburned gas (which you can smell) is not required to test for CO (and you can’t smell CO). We’ve been lobbying since 1995 for this to be changed. We’re also lobbying for a levy on the whole fuel industry to pay for raising awareness of the dangers of CO, testing, collecting data, research, and survivor support which we, as a tiny, unfunded charity cannot provide.

Phil Burrows of Cadent, one of the four providers of the gas emergency service, has recently told us ‘Cadent launched a pilot programme for vulnerable customers in April 2021. Some of Cadent’s engineers, qualified under CMDDA, test gas appliances for CO. If the source of CO is found, action is taken to make the emitting appliance safe. This keeps the customer safe and warm in their home.’

We congratulate Phil and Cadent. But do survivors have proof of CO in writing/digitally to give their medics?

To identify the source of the CO and have proof for the medics would transform the lives of survivors and their medics, as well as save NHS funds, help raise awareness, provide data and improve safety.

Let’s hope all the emergency service providers follow Cadent’s good example because however wealthy, wise and competent a person may be, everyone is vulnerable to CO, even those in the gas industry and MPs.

Thank you to all the courageous and generous survivors, who gave us quotes for this article and for our website. Hopefully, the MPs will read this and take action at last.

Proof matters: the vital importance of testing for Carbon Monoxide

No one is immune from the dangers of Carbon Monoxide (CO). Recent progress shows that positive action can be taken. We owe it to the victims and survivors of this ‘silent killer’ to do more.

We spend 92% of our time indoors¹. Pollutants are more concentrated indoors yet easy to eliminate.

Carbon Monoxide (CO) symptoms are similar to a virus, including COVID-19. Diagnosing CO in survivors is almost impossible because CO leaves breath and blood quickly; even if blood is tested, it is usually negative for CO. END_OF_DOCUMENT_TOKEN_TO_BE_REPLACED

We are very grateful to Charon McNabb (info@ncoaa.us) who said that according to the United States Consumer Product Safety Commission, “CO alarms are life safety devices, not injury prevention devices”  Stephanie asked Charon for a reference to this and she kindly sent the above link and read the following

‘CPSC staff is currently participating in voluntary standards activities related to improving the reliability and performance of carbon monoxide (CO) alarms. CO alarms are life safety devices to warn consumers of the accumulation of potentially hazardous levels of CO in their home before their ability to react has been compromised. CO alarms are not intended to protect consumers against low-level CO exposures.’

This is very similar to what CO-Gas Safety has been saying about CO alarms to EN 50291.

SGN have launched new learning materials aimed to teach 12–16-year-olds about the dangers of carbon monoxide (CO), and how to keep themselves and their loved ones safe from the ‘silent killer’.

SGN are on a mission to teach everyone about how to stay safe from the highly poisonous gas. Their true crime-inspired ‘whodunnit’ game has been designed to be delivered in educational settings such as schools, youth clubs and other extracurricular groups, by a teacher or group leader. The associated materials will give you the tools to teach young people everything they need to know about carbon monoxide, including the symptoms of CO poisoning, how to spot the signs of CO, how to make sure gas or carbon-fuelled appliances are working properly, and how to stay CO safe in a fun, interactive way.

The game, which can be played either using the interactive video or offline using the roleplay script, features the story of the Plum family, who return from holiday to a nasty shock involving Grandma Plum and Poppy the dog. Young people can use the family’s witness statements and clues, revealed throughout the video, to solve the mystery of who the Silent Killer is. 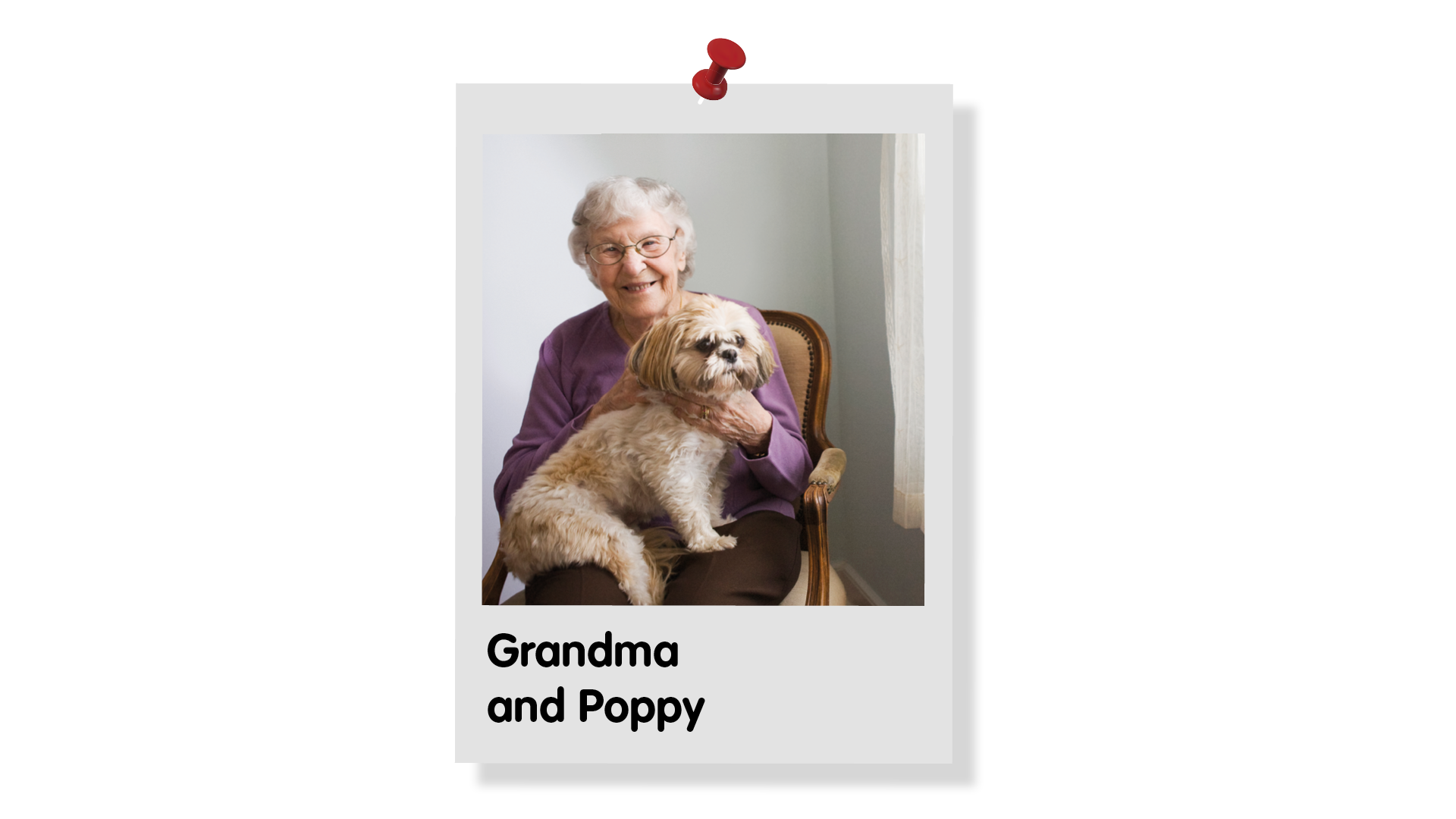 On the Silent Killer website, cards and a crime board can be downloaded to make playing along more engaging, and there’s also an information leaflet that provides some key CO safety information for the young people to keep and take home to share the learning with their household.

All resources, which are now available to view and download, can be found at www.thesilentkiller.co. So if you work with young people, or know someone who does please use and share these resources to help educate as many young people as possible and keep them and their households safe from the dangers of CO.

In addition, this link to APPCOG has more resources that can be downloaded and used to promote CO Awareness Week:

Finally, one of the video links was broken too. The Hindi version is: https://youtu.be/RyHgCkIYw1E