Trainers for the dangers of CO 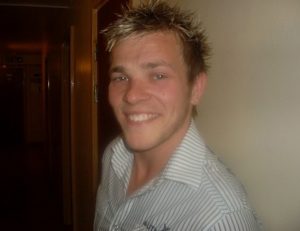 This photo is a picture of registered gas installer, Matthew Nixon, aged 22.

Matthew died in December 2010 as a result of using a petrol generator indoors to power his tools. As a result of offering support to his mother, Stephanie Trotter learned that Matthew had been in the gas industry since the age of 16. Stephanie had suspected for some years that some registered gas installers did not fully understand the combustion process and that the training they do receive only covers gas.

When Roland Johns very kindly offered to help CO-Gas Safety Stephanie suggested that he put together a training course covering CO dangers from all fuels. Roland was the perfect person to undertake this work as he was a retired investigator and trainer from British Gas. 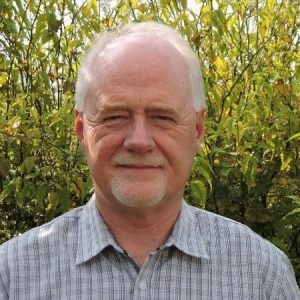 Please note that we learned of this death through our data collecting and collating and the details from offering victim support which the charity has undertaken since 1995.

In 2013 another registered installer caused the deaths of Kelly Webster (aged 36) and her daughter Lauren Thornton (aged 10) on Lake Windermere on a boat again with a petrol generator. 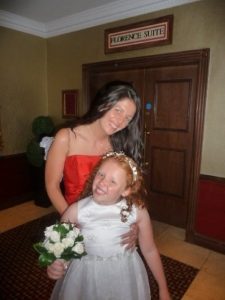 Kelly Webster with her daughter Lauren. 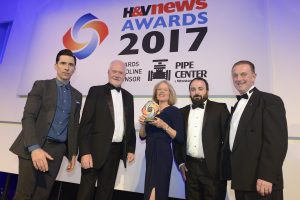 CO-Gas Safety has gone into partnership with a certifying body BPEC and courses started to be run in November 2013 in Derby. We are most grateful to BPEC for providing certification and we found the organisation really easy and enjoyable to work with.

The course is frequently reviewed and updated.

Stephanie Trotter travelled to Derby to BPEC to attend the first course about carbon monoxide for trainers of aspiring registered gas installers. Good feedback from the trainers about the course such as:-

Question – Did it cover expectations?

Answer – Covered everything in depth

Question -What did you find most interesting?

CO-Gas Safety is grateful to all who attended and gave us the benefit of their knowledge on the feedback forms. Thanks also to Roland Johns, retired British Gas investigator and trainer to putting the course together with some input from Stephanie and also to BPEC for providing certification for the course.

Potential centres / colleges wanting to offer this awareness course can contact BPEC at info@bpec.org.uk  or call 08456446558

If anyone would like further information from CO-Gas Safety about this course, please email office@co-gassafety.co.uk or Mobile 07803 088688 and we would be delighted to talk to you.

All courses are dedicated to the memory of Matthew Nixon.

Note Over the years CO-Gas Safety has been approached by training colleges keen to raise awareness in their students. We have also had approaches from colleges training housing officers etc., not just aspiring registered gas installers. We therefore recognised the need to provide an awareness course that will cover the dangers of carbon monoxide (CO) for innumerable professions from gas installers to fire fighters (a need was shown for this by the case of Elizabeth Kerr Deceased), policemen, housing officers, social workers, health visitors and ambulance personnel etc. We have recently heard that one of the trainers, Roland Johns has trained has recently given the course to a local Womens’ Institute and was surprised both by their interest and by their detailed questions which showed their attentiveness.

Courses Roland has given in 2014

Courses Roland has given in 2015

The courses Roland has given in 2016

Roland has slimmed the course down slightly in response to comments that some points were repeated.

Also Roland has given more emphasis on other fuels following feedback and the statistics now available.

Stephanie and Roland carried out a major review of the course in May 2016.

CO-Gas Safety is very grateful to Gary Barnes, Director of Corporate Services, Scotia Gas Networks for allowing Roland Johns to provide this training about CO and we congratulate SGN on showing in such a practical way that they take CO seriously and wish to protect their employees. CO-Gas Safety is also very grateful to Tom Bell, Head of Social Strategy at Northern Gas Networks for welcoming our course. Tom can now be a trainer himself.

CO-Gas Safety is extremely disappointed that no further courses seem to have been run by either Tom or Roland although Tom did give the course to the Womens’ Institute some time ago. However, CO-Gas Safety hoped that the elements of the course, i.e. teaching about CO from ALL fuels, would be incorporated in all training for all Registered Gas Engineers. Sadly CO-Gas Safety sees no sign of this although the charity continues to press for this.

CO-Gas Safety has been pressing for the GETSI review (this means Gas Engineer Training & Skills Inquiry see http://www.policyconnect.org.uk/appcog/sites/site_appcog/files/news/691/fieldnewsdownloads/getsievidencesession-attendeebriefing.pdf) to include ordinary registered gas installers, CO victims, disabled, LBGT and women and at last the charity was given a meeting with Georgina Bailey (who has taken over from Dr Ben Klos of Policy Connect who has now left) and Oona Muirhead (also Policy Connect) on Thursday 2nd August 2018. Roland Johns attended with Stephanie Trotter.

We had been asking via email for Roland Johns to be involved in this review since January 2018 with no progress but on the 2nd August we were assured that he and CO-Gas Safety can now submit evidence to this review. We were very glad about this but still think Roland should have been on the panel and CO-Gas Safety asked to submit evidence from the start. Roland sent his course to Oona and Georgina but this is not the same as being allowed to give the course to the panel or being on the panel. CO-Gas Safety has otherwise not been invited to provide input, yet it is CO victims who pay for poor training with their health or worse, with their lives. The Gas Safe Register have told us that Ian Moss is the person to contact about GETSI.

Ian kindly told me he is not the right person but that Chris Bielby is the person running this review. After about a year a meeting with Chris was arranged for the 19th February 2019. Paul Overton, Roland Johns and Stephanie Trotter to attend.

In February 2019, Stephanie, Paul Overton (both trustees of CO-Gas Safety) and Roland Johns met Chris Bielby. The meeting was very constructive and CO-Gas Safety received the impression that our submission (that carbon monoxide from all fuels) should be considered as a separate topic, would at least be given a sympathetic hearing during the GETSI review.

10.04.19 Roland Johns gave his presentation to EU Skills on the 9th April and was well received and well supported by Chris Bielby. Roland has been invited to present his course on CO from ALL fuels in a few months.

31.05.19 Roland Johns presented the course on CO from all fuels to EU Skills and Chris Bielby, along with some people from the ACS training side, including BPEC and NICEIC.

The aim of Roland’s presentation is that the course about CO from all fuels should become part of the ACS course. In our opinion, the deaths of Matthew Nixon, Kelly Webster and Lauren Thornton, were caused by RGEs’ lack of appreciation of the dangers of CO from fuels other than gas. Therefore we do hope that CO will be given more prominence on the ACS course and ideally will be treated as a separate and vital subject in the ACS course.

We are very grateful to Roland who is a retired British Gas investigator and trainer and so fully understands how vital training is.

We are waiting to hear whether incorporation is possible into the ACS scheme. There are various issues to be resolved.

Having been associated with CO Gas Safety since 2012 I have become increasingly concerned about the general lack of knowledge and awareness of Carbon Monoxide (CO) within the industry. Through the awareness sessions I have given and by talking to engineers and managers, I have come to the conclusion that, at a minimum, gas engineer basic training needs to be more robust and cover not just natural gas (NG), but all carbon based fuels.

We still have deaths and many injuries, (some life changing) due sometimes to a lack of CO awareness and engineering mistakes. There have been cases of Registered Gas Engineers (RGEs) being overcome by CO themselves, some with fatal consequences. I might add that some were due to other fuels, not just NG. Apart from lack of awareness, there are human factors that need to be investigated, for instance, pressure of work and time constraints.

Within the training scheme there is provision for general CO awareness sessions but they are always part of another subject. I/we would like to see stand alone sessions on CO awareness built into the RGE scheme with real case studies (all fuels) for understanding, and question papers for consolidation of learning.

I suggest sessions should be in three parts, at the start of training, during training and at the end of training.

If this was implemented, just half a day in total would be spent totally focussed on CO awareness. It would be nice to have more but time and money are always a consideration too. This focussed half day could save a life or even lives, not to mention possible prevention of life changing injuries.

Thinking wider than the gas industry, shouldn’t this same training regime be introduced to all trades in the construction sector? No one can be deemed to be exempt from CO awareness, we are all at risk. But those who work in, build/maintain, domestic and commercial / industrial properties have a duty of care to themselves and their customers to ensure CO awareness is always high on their safety agenda.

40 deaths and over 5,000 injuries (mostly preventable) per annum is unacceptable, so to start CO awareness (all fuels) programmes early and throughout all trades training must be the way forward.

At present we are lobbying the gas engineer training sector to introduce a more robust CO awareness regime into RGE training.

We hope that support for our initiative will be forthcoming from all quarters, surely it makes sense?

Thank you Roland very much indeed for all your hard work and your dedication to improving awareness of carbon monoxide poisoning and how to prevent it.

It isn’t just registered gas engineers and construction workers who need to be made aware of carbon monoxide (CO) poisoning and the unexpected sources of CO. Medics are also unaware of CO and as a result will often (in our experience of the last nearly 25 years), wrongly diagnose people as sufering from a virus, or ME, or psychological problems with potentially lethal results e.g. the death of Angela Pinkney aged 35 from CO in 2010.  Medics need better training and to be equipped with CO alarms to EN 50291 and dataloggers to give out as a minimum.