Submit Your Story Do tell us about your experiences, for example if you’ve been poisoned. Submit your story here Or if you prefer just send an email to Stephanie Trotter OBE Email is:- office@co-gassafety.co.uk We have learned everything we have suggested with regard to changes to improve safety from either victims or from studying data on deaths and injuries from unintentional carbon monoxide poisoning. Please also tell us of inspiring people who have helped to save lives. Submit your story here. Joanna’s Story

Joanna Stoddard watched an episode of TV’s Casualty in which someone suffered from CO poisoning. She told her mother that their fire looked the same and they had had the same feelings of being unwell. Joanna insisted that her mother call the gas emergency service which cut off the fire because it was obviously dangerous. Joanna was only five years old at the time. 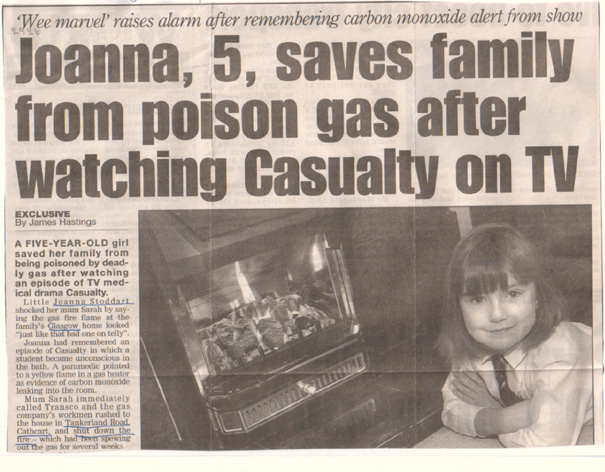